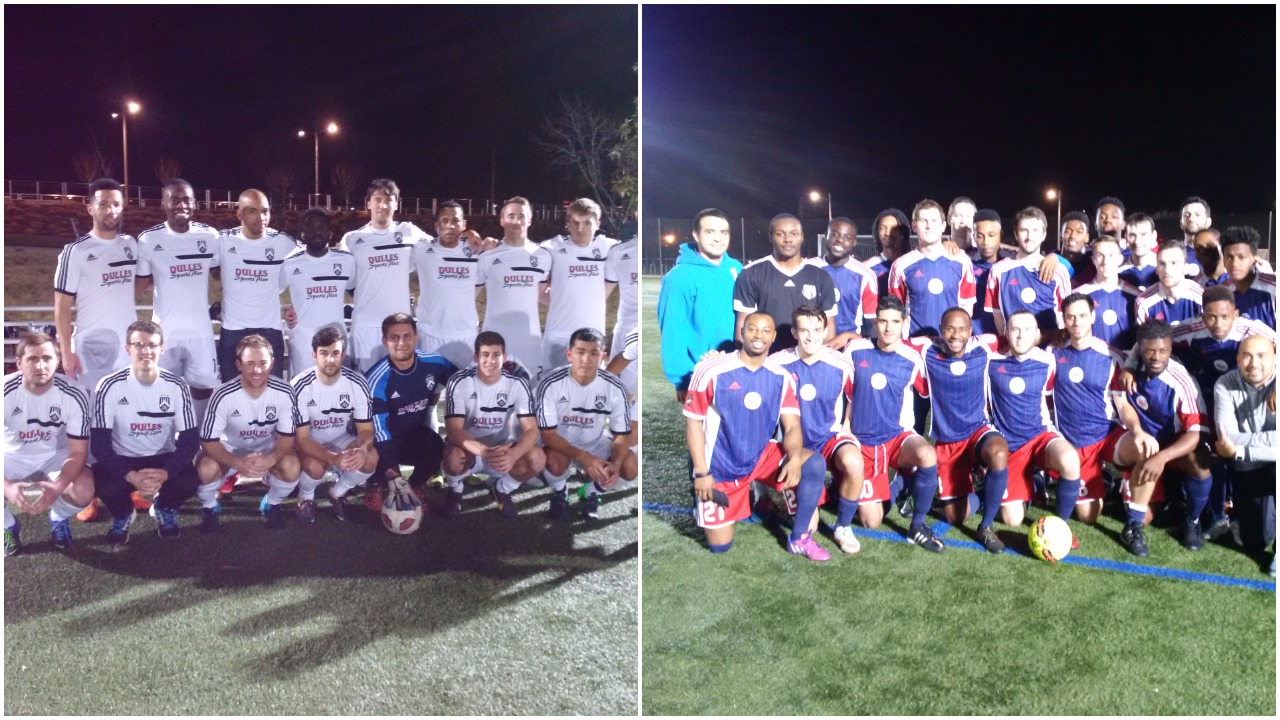 For week 3 of the Spring 2016 WPL season, our Game of the Week pitted last season’s Helge Boes Cup title match contestants in a rematch.  Capital City captured their first WPL championship in the Fall 2015 WPL season by defeating nine-time champions Dulles Sportsplex Aegean Hawks in penalties after the teams ended 120 minutes at a deadlock.   In Sunday’s match, both teams turned up the defensive effort and came up with a share of the points once again in a sluggish match played mostly at midfield.

The Hawks started on the front foot, pressing in to Cap City territory a few times before capitalizing on a great service from Ryan Sappington to a charging Lance Dotzman. The ball got through the first runner but clipped the heel of a Cap City defender and rolled gently across the goal line for a 1-0 Hawks lead.  For the rest of the half, Cap City maintained a majority of the possession and the Hawks held tight in their third with a well-organized defense.  The rivalry between these two squads carrying over from last season’s final was evident as tough challenges and dramatic antics from both sides highlighted the action in this low scoring affair. The center ref, who did a good job to control the match, liberally voiced verbal warnings and handed out several yellow cards to deserving players on both sides.

Late in the half, injuries to three Hawks players inside a 5-minute span forced two substitutions and Cap City were able to capitalize on a defensive breakdown after a turnover in midfield.  The equalizer occurred just before half when left-winger Tyler Brondyk found space on the flank and one on one with the Hawks replacement right back. A cut to middle then back to his strong foot, preceded a powerful low blast that took a deflection off one of the Hawk’s defenders and snuck past Hawks netminder Robbie Batchelder at the near post.

The second half was more of the same except Hawks held a little possession and were chasing the ball less. Highlights were close ranges saves by both keepers. First, the Hawks Robbie Batchelder was able to make a crucial save to deny Cap City striker Evan Chaté’s shot over the crossbar in the 70th minute.  Also in the 88th, a quick 1-2 played between Hawks center midfielders Michael Goldman and Lance Dotzman on the left wing produced an opportunity that Cap City goalie, Brian Greuter, deftly read and touched wide on the stretch.  Hawks also threatened as usual, on set plays. Several long throws and corners found heads but none resulted in any great scoring chances.

All in all, a similar match to the cup final and good sign that this is the beginning of a good competitive rivalry between these teams.  Check out the league standings for other scores.  For Week 4, our GOTW will feature a matchup between Kamikaze Crew and Fados Irish Pub Conquistadores.